Nootropics are compounds that many people believe enhance cognitive functioning. They can be synthetic but often come from natural herbal sources. These supplements boost mental functions like creativity, memory, and focus and work well when taken with other natural substances like CBD.

For those interested in taking nootropic supplements to enhance brain function, it’s essential to understand their potential side effects or risks and what nootropics to take to reach your wellness goals.

Nootropics are synthetic or natural compounds that boost mental functioning. Nootropics have been used for centuries by cultures worldwide to enhance focus, memory, and creativity. For example, as far back as 6,000 BCE, Ayurvedic medicine texts recorded the use of plants to improve intelligence and memory.

How Do Nootropics Work?

Nootropics work through several mechanisms. The nootropic’s chemical makeup often interacts with various proteins and chemicals in the brain to elicit beneficial effects. Each nootropic has unique compounds that interact differently with the brain.

For example, a 2016 article explains that maidenhair, also called Ginkgo biloba, has anti-apoptotic properties. This characteristic helps it prevent cell death in areas of the brain, making it beneficial for people with memory issues.

The same article states that golden root (Rhodiola Rosea), an adaptogen, can have a calming effect on the brain and has neuroprotective effects.

The cognitive benefits of nootropics include a variety of effects on the brain. The following benefits have been reported for multiple synthetic and natural nootropic supplements:

Potential Side Effects and Risks

Like any supplement, nootropic compounds can induce side effects in some users. Most nootropics aren’t regulated by the FDA, aside from some medications such as Adderall. The non-regulated nature of these supplements means that there is no centralized process for vetting their effects or manufacturing processes.

Some people have experienced side effects such as:

If you have an underlying health condition or mental health diagnosis, you may be more likely to have an adverse reaction. Always research a particular nootropic before taking it in any form, start with a low dose, and check with your doctor.

What are the Best Nootropics Supplements?

When considering cognitive supplements, it’s helpful to explore popular nootropics and their effects. You can take these supplements in regular capsule form or use them in various CBD products to boost their effects.

Ginkgo biloba is a widely recognized nootropic used to boost memory-related functioning. It can improve mental processing and memory. People often take this supplement in capsule form or by drinking tea made with the plant’s leaves.

L-Theanine is an amino acid found in tea, most notably green, black, and oolong teas. L-theanine can help you calm down without feeling drowsy, and experience boosted creativity. When used with CBD, the effects of both L-theanine and CBD are augmented and enhanced.

You can opt for a ready-to-drink “chill shot” from CBDfx, which has 200 mg of L-Theanine. Choose the Social CBD Lemon Berry Gummies with 100 mg of L-Theanine per serving if you prefer the convenience of an edible.

Ashwagandha is a nootropic that has risen in popularity over the last few years. This supplement is typically taken in capsule or powder form. Ashwagandha’s benefits include improved mood, reduced anxiety, and better sleep. It’s also been found to boost verbal recall and visual memory.

You can try ashwagandha in MedTerra’s Immunity Boost Tincture, which contains CBD along with ginger root, elderberry, and ashwagandha.

Social CBD’s Peppermint Tincture offers a mix of CBD, ashwagandha, and Rhodiola to uplift your mood and promote wellness.

Caffeine is a well-known nootropic used by millions of people worldwide. Caffeine can help increase your mental alertness and focus and improve reaction time. It’s found naturally in coffee and many teas and is added to other beverages like soda and energy drinks.

You can combine the effects of CBD and caffeine to experience a focused yet calm mental state. Opt for a CBDfx Focus Shot with 75 mg of caffeine or MedTerra’s Good Morning Capsules with CBD, L-Theanine, and caffeine.

How Do You Incorporate Nootropics into Your Diet?

Along with taking nootropics in powder or capsule form, you can get them through the foods you eat. To get more L-Theanine, drink tea. Green tea has the highest levels of L-Theanine compared to black and oolong teas, so opt for a high-quality green tea to get more in your diet.

Caffeine is also found in tea and coffee, so you can drink a cup or two per day to benefit from its effects. Creatine is a nootropic that is found in seafood and milk. Turmeric, which contains a memory-enhancing compound called curcumin, is a spice that you can use to flavor various dishes or drink in a tea.

Although nootropics work on their own, many of their beneficial properties are more apparent when used with cannabinoids like CBD. Naia CBD offers a wide selection of CBD products that contain nootropics to obtain your desired wellness results.

Shop our entire collection of CBD products to find the right tincture, gummy, or capsule for your needs. 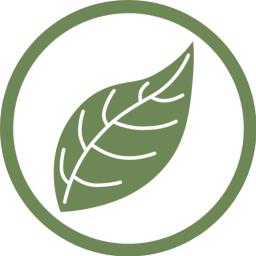